TOOJE Mumbles on Mondays, and I'm in a mumbling mood today. 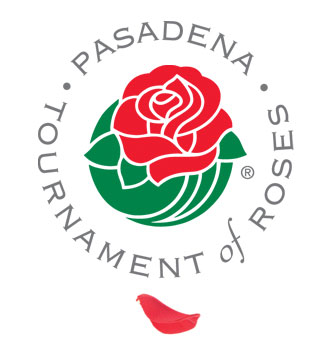 Yes, I've already reserved our room (At the Moonheads' place, of course!).  It's a good thing they take reservations over a year in advance :).

2.  I am so excited to go back to California!  It will be 10 years since I have been there and a visit to Santa Monica beach, the Farmer's Market, Disneyland, and Hollywood are looooong overdue!  Hey C, want to come?  It won't be the same without you!

3.  This weekend, I did something I haven't done since October 21, 2000.  I left a WVU Football game early.  In 2000, I was disgusted with the Mountaineers play vs. Notre Dame and left early, really early, only to spend the rest of the game freaking out in my apartment as we tried to come back.  I swore I would never leave another game early again.  My commitment has been rewarded with many an unlikely come-from-behind victory and a few heartbreaking losses.  But this weekend, with the rain pooring down and 7:52 to go in the game, the Mountaineers scored a touchdown making the score 55 - 10 and the wind kicked up.  At that point, I was done.  The Man asked if I was ready to go and the look of shock on his face when I said yes didn't last long.  He took the opportunity and led us out.  It kinda hurts that my streak is broken.  But, for once, common sense won out.  Don't expect it to happen again anytime soon.  It was wierd not singing Country Roads after a win.

4.  Speaking of rain and being wet.  I usually love rain.  I love all of the seasons.  I'm not a fan of being cold, but I do enjoy watching it snow and watching Kali and Mei Mei try to fetch snow balls.  Did you picture that?  Dogs trying to fetch snow balls?  You can laugh. It's funny to watch.  Ahem.  While I usually don't mind the rain, especially when indoors wrapped up in a blanket watching it fall, I've had enough rain this weekend to last me quite a while.  Friday at the Morgantown High Football Game?  Soaked.  Saturday at the Mountaineer Football Game?  Soaked.  Sunday at the Pittsburgh Zoo Zoozilla 5k?  Soaked.  See?  I've had enough rain.

5.  Despite the soakedness, the weekend was a good one.  MHS's band announced their invitation to the Rose Bowl Parade, the Mountaineers won, I caught a glimpse of a few elephants while running the 5k, and there was Cracker Barrel for breakfast with Starbucks for dessert.  I might have been wet, but I was pretty happy.

6.  One last note about the wetness.  I ordered super cute rain boots last week.  They will arrive tomorrow.  The forecast for the rest of the week?  Sunny.  To all of my local friends:  You are welcome.

7.  So far Joy is up for a bloggy-meet-up next Friday.  Anyone else in the Philadelphia area interested?  I've emailed many of you back that live far far away saying I have a 'big' idea in my little head.  I'm hoping to get more details out of my head and into an email soon.