A (not scary at all) Ghost Story

With Halloween right around the corner, I thought it was time for a Ghost Story.  (As promised Michelle.)

Have no fear, this isn't a scary ghost story.  Not even a little.  It is actually a story that my little brother told me 8 years ago that he learned in Kindergarten.  A story that I then used with my preschoolers when I was a teacher.  And a story that I'm going to share with you.

DISCLAIMER:  As far as I know, I'm not breaking any copyright laws with this story.  It is just a tale told to a group of kindergarteners and then passed on to groups of preschoolers because as teachers do, when we see a great thing, we use it with our own students!  In addition to a ghost story, this was also a Unit on colors and learning colors and following directions.


So, get your s'mores ready and enjoy the story of one ghost family:


Once upon a time there was a momma ghost who lived with her 5 little ghost children. 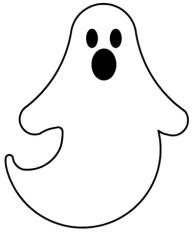 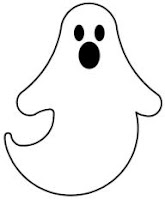 This ghost family could only drink White Milk.  And one day, the family ran out of White Milk.


So, the momma ghost left the older ghost children in charge and reminded the kids, "Just wait until I get home to eat, we need to only drink white milk."


Off the momma ghost went and it wasn't long before the ghost children were very hungry.  They thought, it won't hurt if we just have a little something to eat or drink.  Momma will be gone at the store for a while and she'll never know.


As soon as the ghost children had finished their snacks, they understood why they always had to have White Milk at their meals: 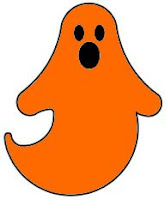 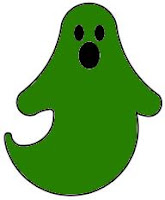 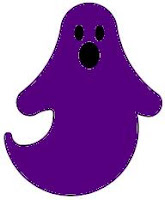 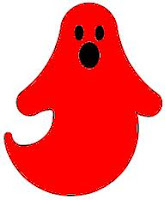 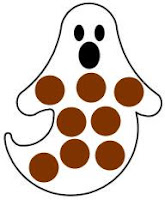 And then, the ghost momma was walking up the sidewalk almost home.


When she walked in, she screamed in shock and said "I see you children did not listen to me and had a snack while I was gone."


The ghost children replied "We are so sorry for not listening.  We were so hungry we didn't think it would make a difference if we just had a small snack."


So the momma ghost poured each ghost child a glass of White Milk and soon the Ghost Family were back to normal.

The End.
Posted by Rebecca