Flashback Friday: There Once Was... 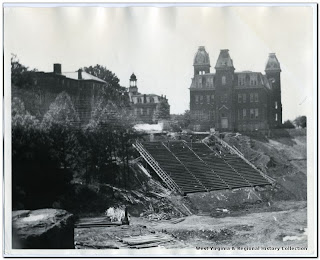 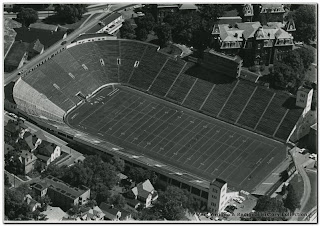 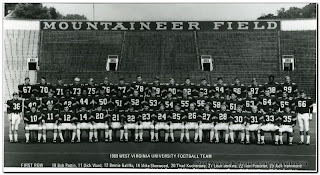 When you drive through downtown Morgantown, on West Virginia University's Downtown Campus, you go around "The Loop" as it's now known. But just a few short years ago, this loop was known as "Stadium Loop".

Today, if you mention "Stadium Loop" you get a quizzical look from a WVU Student or new resident to Morgantown. Why? Well, there's no stadium there any more... 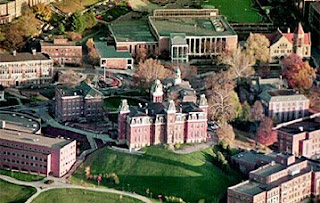 See the grassy hill with the ginormous building to the right of it? That's where the stadium was.

While my memories of that first season are a little fuzzy, OK, nonexistent (hey, I was 6 months old), I do remember summers and falls spent on that field growing up. My Dad officiated football games there (JV games, smaller college games) and played softball there too.

I remember the grassy area that was there for so long before the new University Buildings were erected.

And when I drive past that area, it will always be "Stadium Loop" to me...even if the new field is across town.